How we changed the elephant riding industry

Over three years ago, we officially put a stop to elephant riding on Intrepid trips.

At the time it was a bit of an industry-shaking move. Tourist elephant rides were widespread, and there was an unspoken feeling among the travel community, tour operators included, that breaking-in elephants for travel purposes was somehow okay. That these elephants were somehow ‘domesticated’. Looking back, it’s amazing the world turned a blind eye for as long as it did.

In 2010/2011 we teamed up with World Animal Protection, a global not-for-profit that protects the world’s animals, to commission a study into elephant conditions on-the-ground in countries like Thailand, where elephant-riding was widespread. This was an exhaustive investigation into hundreds of wildlife projects and businesses, conducted by impartial animal welfare experts. The results were beyond conclusive.

In the 188 elephant venues assessed, we found 1300 animals suffering in terrible conditions: taken young from the wild, separated from their familial groups, broken again and again using sharp hooks and other tools, chained up at night and denied good nutrition. All for the sake of  10-minute tourist ride, or a circus-like show where animals were made to stand on their hind legs, of paint pictures using their trunks. We knew something needed to be done, and since that day we’ve worked hard to raise awareness about the plight of elephants in captivity, and elephant rides in particular. 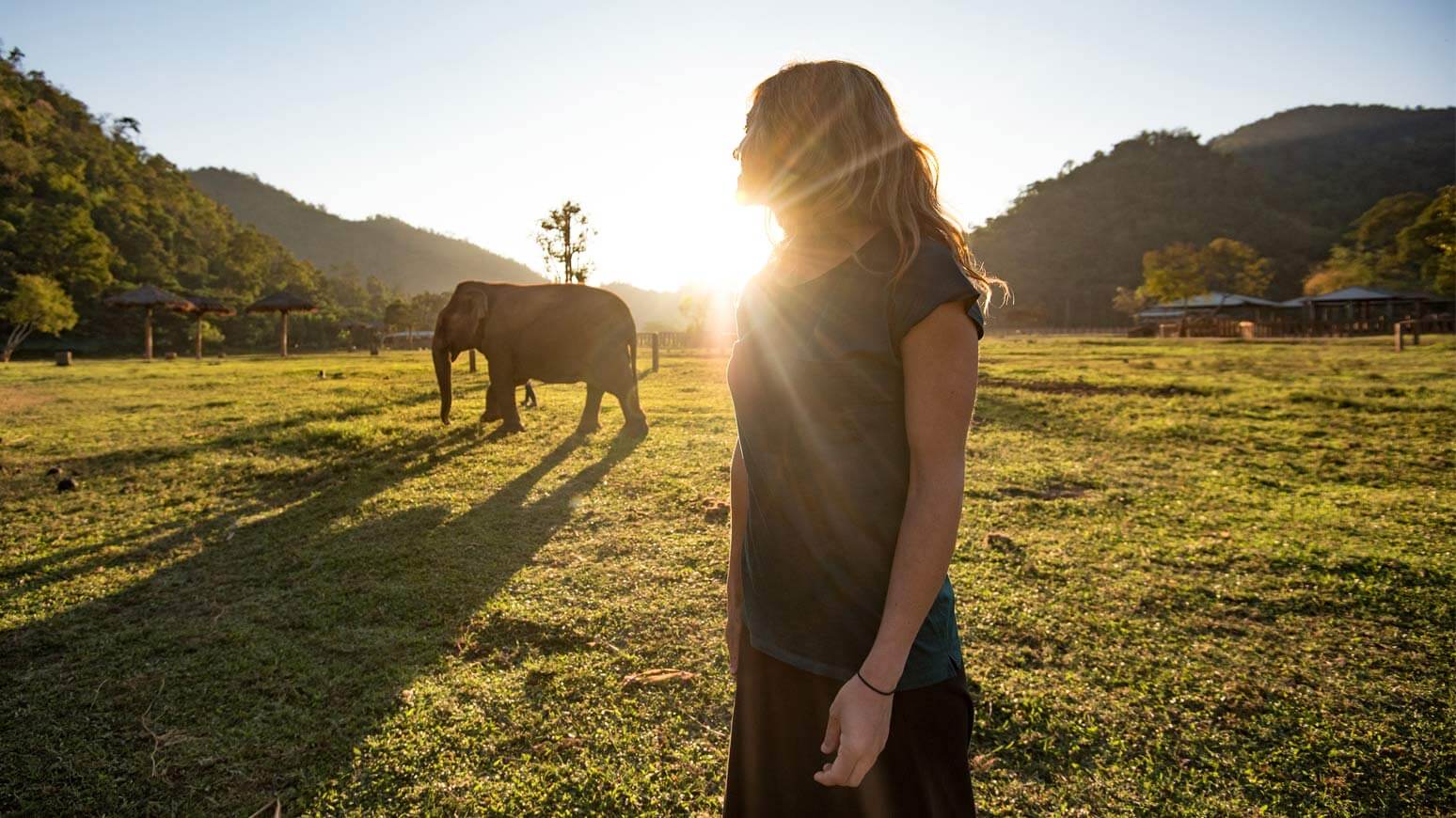 We’re happy to say that, since the start of 2014, our decision to ban elephant rides has really caught on. So far over 100 tour operators and travel companies around the world have joined the movement against elephant rides, removing them from their trips and speaking out against the practise. For the travel industry, that’s definitely a step in the right direction. For every company we get on board, for every traveller we educate, for every elephant ride that goes un-paid for, the odds for these animals improve. Like lion petting and other animal-tourism practises, elephant-riding in South East Asia is driven by demand. If demand dries up, so does the financial incentive. It’s in all of our power to make a difference, and it starts with a choice.

The good news is, there’s also an ethical alternative that benefits both elephants and travellers. In Africa there are over 400 protected land areas where elephants can roam in social groups and be observed by tourists on safari. There are even conservation projects like the David Sheldrick Widlife Trust whose goal it is to protect elephant populations in the wild. Our not-for-profit, The Intrepid Foundation, also partners with Friend of the Asian Elephant in Thailand – a conservation project that helps rehabilitate elephants used for tourism. Organisations like this are obviously doing the right thing. The tricky bit is when projects represent themselves as conservation-focussed, when really they don’t meet basic animal welfare standards. All travellers can do is research, research, research. Look up reviews online. Read the project’s animal welfare policy (they should have one). And if all else fails, ask us!

Find more information about Intrepid’s commitment to animal welfare here. For more from World Animal Protection, you can visit their website.